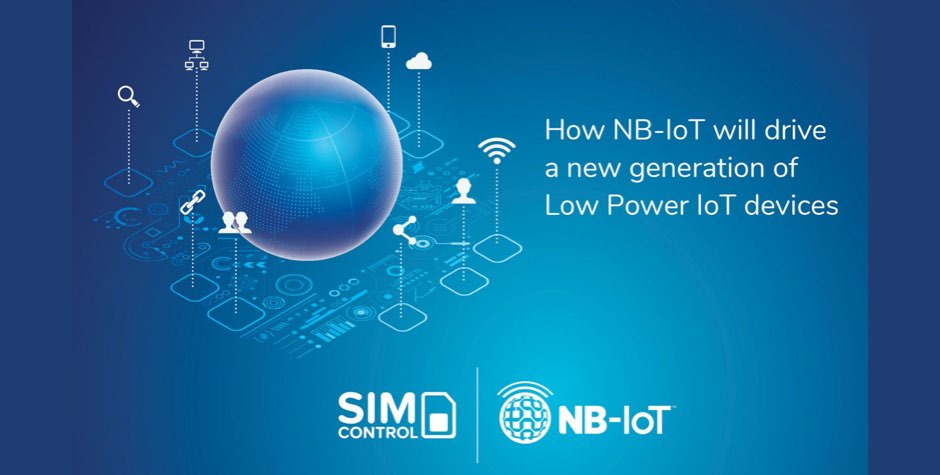 Tech Central: How NB-IoT will drive a new generation of low-power IoT devices

The goal of the project was to find a way for low-power devices to connect using the existing cellular infrastructure. This technology is suitable for devices with low-data, low-bandwidth and long battery life requirements.

NB-IoT is now becoming an integral part of IoT initiatives and is used in applications such as smart streetlights, parking sensors, and water and gas metering. Its applications include agriculture, consumer goods, construction and many more. It is supported by financially secure cellular networks, ensuring longevity.

As new technologies and spectrum bands are enabled, older services such as 2G and 3G will be throttled, switched off or retired over time. Future-proofing hardware modem modules (for example, 2G & NB-IoT or 2G & LTE) becomes an important decision for new device deployments. This will allow for full functionality during the transition.

Luckily, this doesn’t happen overnight, as may critical and emergency services are dependent on 2G and 3G coverage. But spectrum will be “re-farmed” over time to drive growth in 4G, 5G and NB-IoT services. Specific dates will be announced in due course.

In South Africa, the current indicative dates by mobile networks of the start of 2G and 3G sunsets are:

It is expected that rural areas and smaller towns will be disabled first, before urban areas. It is also expected that 2G services will not be shut down in areas where NB-IoT and LTE has not yet been activated.

What is the range of NB-IoT?

NB-IoT enables the deployment of low complexity devices in massive numbers (approximately 50 000 connections per cell). The cell’s range can go from 40km to 100km. This allows industries like utilities, asset management, logistics and fleet management to connect sensors, trackers and metering devices at a low cost while covering an extensive area.

NB-IoT provides a deeper coverage (164dB) than most LPWAN technologies and 20dB more than conventional GSM/GPRS.

What problems does NB-IoT solve?

This technology is designed to meet the demand for extended coverage with low power use. Devices can be powered for very long periods on a single battery. NB-IoT can be deployed using existing and reliable cellular infrastructure.

NB-IoT also has the security features present in LTE cellular networks, such as signal protection, secure authentication and data encryption. Used in conjunction with a managed APN, it makes device connectivity management simple and secure. 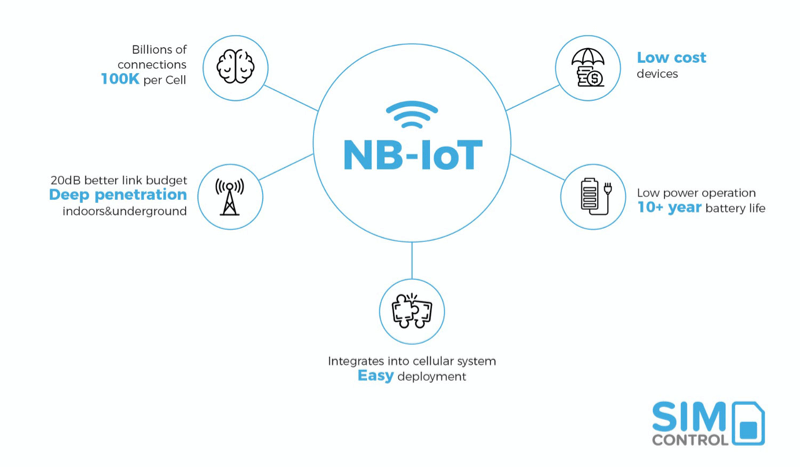 NB-IoT started rolling out on the Vodacom network in South Africa during 2020 in a test phase. It has now been deployed by Vodacom, with coverage claimed to be over 8 000 sites covering at least 80% of the population. MTN is in the testing phase.

To use NB-IoT, you need specially provisioned Sim cards that are managed on a platform catering for large-scale Sim management. The SIMcontrol Managed APN offers NB-IoT-enabled Sims (both local and roaming options) on a secure and customisable network sharing a pooled data bundle. SIMcontrol supports NB-IoT as part of our goal to make IoT connectivity more flexible, simpler and more cost effective.

This service complements the wide range of SIMcontrol services, such as Business Prepaid,Managed APN and Global Roaming options offered on various mobile networks across Africa.

Contact us to assist with the latest NB-IoT connectivity options.